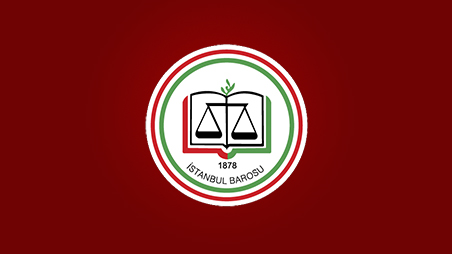 JOINT PRESS RELEASE OF BAR ASSOCIATIONS IN TURKEY AND TÜBAKKOM

Istanbul Convention is an international treaty that guarantees the fundamental rights and freedoms of women and children, and provides for the protection and rehabilitation of victims of violence and a collective unity to prevent the occurrence of same violence again, and the guarantee of everyone's right to life. Istanbul Convention has come out as a result of the women's rights struggle and achievements that have been going on for many years. For this reason, it is a great mistake to think that the efforts of the lives lost for this cause and our very important legal gains regarding the rights and freedoms of people, based on thousands of years of struggle, can be destroyed overnight.

In accordance with article 90 of our Constitution, Istanbul Convention was approved unanimously by all the MP’s of all the parties in the Turkish Grand National Assembly by Law No. 6251 on 24 November 2011; it is the result of the national will. In accordance with Article 90 of our Constitution, the International Treaties on Fundamental Rights and Freedoms, duly put into effect, have the force of law, and are even above the laws in the hierarchy of norms [which means the provisions of the international agreements shall prevail].

Istanbul Convention IS DIRECTLY AND INDIVIDUALLY RELATED TO FUNDAMENTAL RIGHTS AND FREEDOMS regulated under Articles 15 and 17 of our Constitution, which are "the individual’s right to life, the integrity of his/her corporeal and spiritual existence ", "Everyone has the right to life and the right to protect and improve his/her corporeal and spiritual existence", "No one shall be subjected to torture or mal-treatment”. Therefore, in accordance with Article 104 of the Constitution, it is against the law to issue a Presidential decree regarding the fundamental rights and freedoms included in the Constitution.

Ignoring the will of the Turkish Grand National Assembly, in other words the will of the nation, the President’s decision related to the termination of Istanbul Convention, to which Turkey has been the first signatory state, is contrary to the Articles 87 and 90 of the Constitution and it is unconstitutional. The President's decision to terminate Istanbul Convention has no basis in the Constitution. International agreements signed in accordance with the principle of parallelism in authority and procedure shall be terminated by the same method in line with the Constitution.

In this sense; Authorization of the President on this issue with the Presidential Decree dated 15.07.2018 and numbered 9 is also clearly unconstitutional and null and void. In accordance with Article 6 of the Constitution, "No person or organ shall exercise any state authority that does not emanate from the Constitution”.

The President's decision to terminate Istanbul Convention lacks a legal basis. Human life and security, individual rights and freedoms are so important that they are above all politics and cannot be sacrificed to any political evaluations. Istanbul Convention is in effect, it will carry on to be implemented.

Therefore, we invite the Grand National Assembly of Turkey to hold onto its duty and the political will to comply with all legal rules and principles in the Republic of Turkey, which is a state governed by the rule of law, defined under Article 2 of the Constitution.

It is not possible for us to give up Istanbul Convention. We, as Bar Associations and TÜBAKKOM (Union of Turkish Bar Associations Women Law Commission), will continue our struggle against this unconstitutional attempt to eliminate Istanbul Convention, which accepts violence against women as a violation of human rights and discrimination, and we call every segment of our society for support and solidarity to our struggle against this attempt to eliminate the fundamental rights and freedoms.